Here we are going to learn above Java Programming Language. You can watch our video on What is Java – Click Here

Q.2 Who conceived Java?
Ans. It was conceived by James Gosling and was initially called ‘Oak’

Q.3 Why is Java called as platform Independent Language?
Ans. Java was designed with a concept of ‘write once and run everywhere’. Unlike many other programming languages including C and C++ when Java is compiled, it is not compiled into platform specific machine code, rather it is converted into platform independent byte code. This byte code is distributed over the web and interpreted by virtual Machine (JVM) on whichever platform it is being run.

Q.4 What is the difference between compiler and interpreter?
Ans.

Q.5 What are advantages of object oriented programming? / Why is Java called as Object Oriented Language?
Ans. Unlike procedural languages, in Java we can create objects, which offer many advantages:

Q.6 What is the difference between source code and object code?
Ans. Q. 8 What is JVM?
Ans. The java run-time system which translates or interprets byte code into machine code is known as Java Virtual Machine (JVM) or java Interpreter.
A JVM can either interpret the bytecode one instruction at a time or the bytecode can be compiled further for the real microprocessor using what is called a just-in-time compiler.
The JVM must be implemented on a particular platform before compiled programs can run on that platform. Q. 9 What is JDK?
Ans. JDK is a kit(or package) which includes two things i) Development Tools(to provide an environment to develop your java programs) and ii) JRE (to execute your java program). Q.11 What is BlueJ?
Ans. BlueJ is an integrated development environment (IDE) for the Java programming language, developed mainly for educational purposes, but also suitable for small-scale software development.

Q.12 What is the difference between Applets and application?
Ans.

Q. 13 What are comments? What are different types of comments found in the program?
Ans.

Q. 14 What are different types of errors you find in your program?
Ans. Syntax errors:

Learn Python if elif else 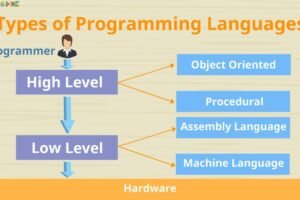 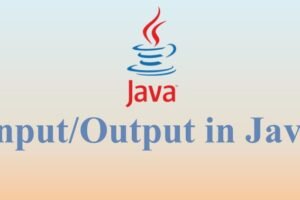