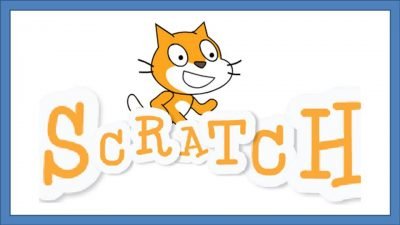 Here we are going to cover introduction to Scratch. You can watch our video to learn What is Scratch? – click here.

Programming is the art of writing instructions to computer to do something. These set of instructions are called program. These programs are also referred to as scripts.

Scratch is a visual programming language for children to utilize their imagination and interact with computers. They can create simple programs by using a simple block-like interface. It is often used in teaching coding, computer science, and computational thinking. It is used to assist in other subjects including math, science, history, geography, and art etc. The people who program on scratch are called Scratchers!

Scratch takes its name from scratching which is a technique used by disc jockeys to mix music. Similarly scratch language encourages its users to remix the projects and create new programs out of it. Their slogan is “Imagine, Program, Share”

Scratch was developed by MIT Media lab’s Lifelong Kindergarten group, led by Mitchel Resnick in 2003. It started with version 1.0 then came 2.0 in 2013 and in 2019 the latest release of 3.0 is released. Once your project is open. It showcases –